a charity very close to our hearts

Bowel Cancer has unfortunately impacted a few of our team members in one way or another here at Jamieson Law.

Our partnership is particularly in memory of a very special person – Jordan Hudson. Jordan was one of our CEO and founder Babs’ close friends, and this is her story…

Jordan was a primary school teacher who just loved life. In 2012, Jordan began experiencing issues – she was back and forth to the doctor with very painful bloating and other out of the ordinary symptoms. She knew something wasn’t right.

She was diagnosed with Irritable Bowel Syndrome, however in 2018 the symptoms worsened – severe back pain being one of them. Jordan’s GP waived this off as stress, dismissing her worries and pain because of her age.

This went on and on, until one day Jordan’s back pain was so bad she had to go to A&E. A registrar said that it was “almost 100% certainly not cancer”. Not convinced, Jordan pushed for a colonoscopy. 2 days later, in May 2018, she was diagnosed with incurable, stage 4 bowel cancer which had spread to her liver, ovaries and lungs. 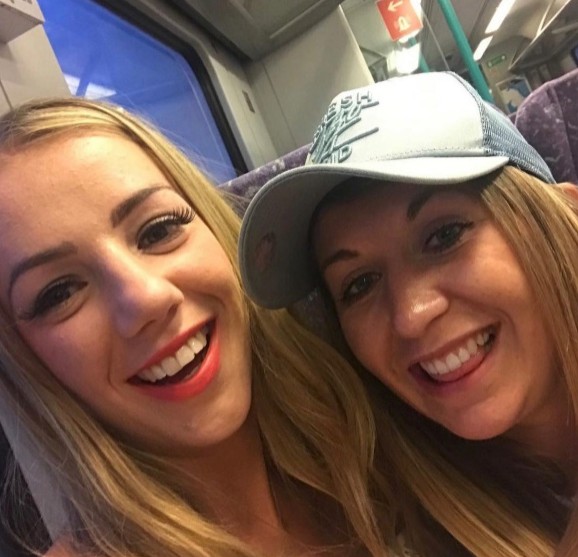 Jordan experienced a FIVE-YEAR delay in diagnosis, and unfortunately this isn’t an isolated case – we have other team members who have been touched by this heart-breaking reality too, as have countless others.

Misdiagnosis and delayed diagnosis, due to age is incredibly common.

After Jordan’s diagnosis, she had surgery to remove the tumour, her ovaries, her appendix and part of her abdominal wall. She received 20 rounds of chemotherapy too and never complained once. She ran a 10k before each round, just to prove that the cancer wouldn’t beat her. She was a TRUE warrior.

Whilst fighting her own battle, Jordan spent time trying to set up a fitness centre in her local area to allow cancer patients to keep fit and healthy in an environment where they felt confident and safe.

Heartbreakingly, Jordan passed away in 2020.

And this is not an isolated case. Our team have suffered losses of people close to them due to undiagnosed bowel cancer. And in these cases as well, by the time bowel cancer was detected, tests showed that the cancer was too far advanced - chemotherapy wasn't going to help.

If only the doctors had listened when there were signs that something was wrong.

It is now part of the Jamieson Law mission to spread the message far and wide and advocate for early diagnosis. Age should never play a role in an individual’s health being taken seriously. What happened to Jordan is avoidable with the help of Bowel Cancer UK.

Bowel Cancer UK is the UK’s leading bowel cancer charity. They are determined to save lives and improve the quality of life of everyone affected by bowel cancer. They support and fund targeted research, provide expert information and support to patients and their families, educate the public and professionals about the disease and campaign for early diagnosis and access to best treatment and care.

Bowel Cancer UK launched the Never Too Young campaign in 2013 to lead the change for younger bowel cancer patients and give them a voice. Awareness that this is a disease that younger people can be diagnosed with is low amongst the general public and healthcare professionals. The understanding of bowel cancer in the under 50s is also a key part of their research strategy. They want to know and understand why the numbers are increasing and how do we diagnose younger people more quickly to hopefully save lives.

In 2021, the Jamieson Law team ran a charity event ‘Count Your Miles for Cancer’, where the team and friends ran as many miles as physically possible in a 4-day period to raise money for Bowel Cancer UK. A total of £3,280 was raised and over 300 miles was ran.

We surpassed our goals by a landslide – not only that though, but we also started a conversation that we hope will continue until this issue is resolved.

The Jamieson Law team are now delighted to be partnering with Bowel Cancer UK and are looking forward to setting up some huge new fundraising initiatives in 2022, pushing the boundaries and spreading the message far and wide.

Every year around Jordan’s birthday (11th October) we’ll be hosting a huge charity event. To make the conversation of change grow, expand and reach new heights, to raise even more money for an incredible charity and to honour the memory of Jordan and the countless other people impacted by this.

5% of all sales of our product 'Time to Trademark: DIY' will be donated to Bowel Cancer UK.

Support us in our journey to change the narrative and shout from the rooftops that change is now!

This website uses cookies to improve your experience while you navigate through the website. Out of these, the cookies that are categorized as necessary are stored on your browser as they are essential for the working of basic functionalities of the website. We also use third-party cookies that help us analyze and understand how you use this website. These cookies will be stored in your browser only with your consent. You also have the option to opt-out of these cookies. But opting out of some of these cookies may affect your browsing experience.
Necessary Always Enabled
Necessary cookies are absolutely essential for the website to function properly. This category only includes cookies that ensures basic functionalities and security features of the website. These cookies do not store any personal information.
Non-necessary
Any cookies that may not be particularly necessary for the website to function and is used specifically to collect user personal data via analytics, ads, other embedded contents are termed as non-necessary cookies. It is mandatory to procure user consent prior to running these cookies on your website.
SAVE & ACCEPT
Scroll to Top